Rewind... we reset the clock by inviting back the three headline bands who had you all dancing in the aisles in 2019 & 2020!

This concert is the first in the third series of Altar_Native, in the stunning surroundings of the Sir John Soane designed Grade 1 listed St Peter’s Church, Walworth.

With a bar + food stall INSIDE the church featuring draft beer c/o local brewers Orbit and Nepalese food prepared by Louie Louie's current Chef In Residence, Rajiv's Kitchen, join us early and make a whole evening of it!

Rewind … we reset the clock by inviting back the three headline bands who had you all dancing in the aisles in 2019 & 2020. After a rip roaring opening gig with Natty Bo in October, we return with bonfire night musical fireworks with SOOTHSAYERS + their mini me’s YOUTHSAYERS!

SOOTHSAYERS’ band leaders Idris Rahman and Robin Hopcraft have also lent their skills to an array of other projects including Jerry Dammers Spatial AKA, Arun Ghosh, Aswad, Anoushka Shankar, “Fela” The Musical and the National Theatre and many more.

The Independent on Sunday: “The grooves are solid, the playing immaculate and the three-part vocal harmonies the icing on the cake”

The Guardian: **** ” One of the finest slices of Anglo Caribbean fusion since The Specials in their prime……artfully mixing in funk and Afrobeat to their deep dub”

Warming up for SOOTHSAYERS will be Youthsayers, a young musician collective nurtured & mentored by the band.

Throughout the performance, artist OSCAR ROMP will be sketching the musicians … and the finished artwork will be auctioned then and there after the gig to raise funds for the St Peter’s work in the local community including hosting a winter night shelter for homeless people in the church’s crypt

Thanks to a “Grass Roots Music” grant from Arts Council England, promoters LOUIE LOUIE are able able to present live music in the community, under the ALTAR_NATIVE banner.

St Peter’s, Walworth is a grade one listed church designed by the celebrated Georgian architect, Sir John Soane. Since its construction in 1825, St Peter’s has been at the heart of the community serving the needs of local people. The building was significantly damaged by bombing in the Second World War but was restored to it’s former glory in the 1950s. One significant survival of the bombing was the magnificent Bechstein piano which is still played to this day.

Father Andrew, Rector of St Peter’s said, “It’s such a joy to welcome Natty Bo & the Top Cats back to restart our collaboration with Louie Louie to bring top live music back to the Walworth doorstep after a break due to  such difficult times for us all.  Music has the power to bring us together and to heal the soul, let’s get ready to party again in the amazing space of St Peter’s Church.”

Louie Louie is a café/bar/restaurant hybrid on the Walworth Road SE17. Coffee & contemporary food by day meets cocktails, hifi music & neighbourhood dining by night. We have very kindly been allowed to set up a bar + food stall INSIDE the church. Featuring draft beer c/o local brewers ORBIT and Nepalese food prepared by Louie Louie, why not join us early and make a whole evening of it? 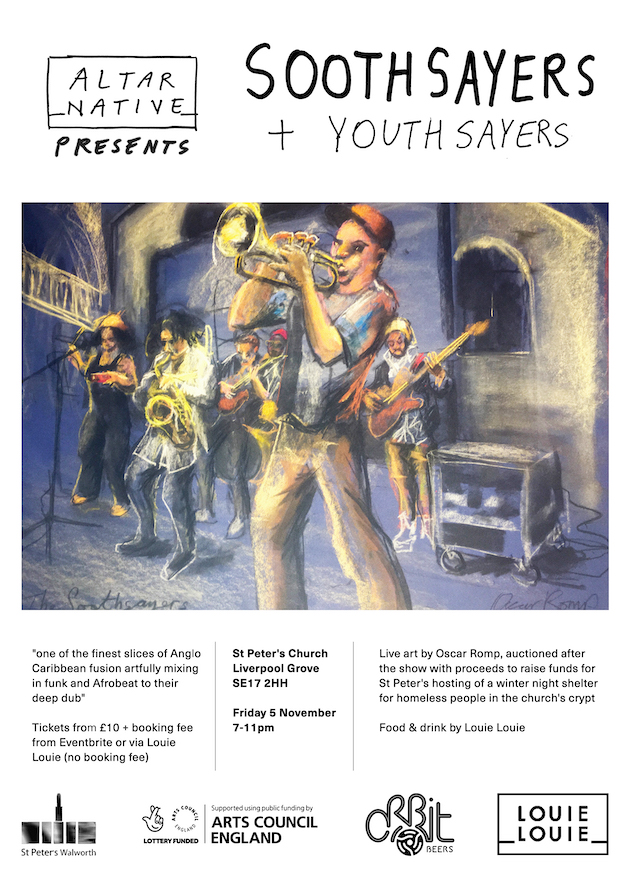 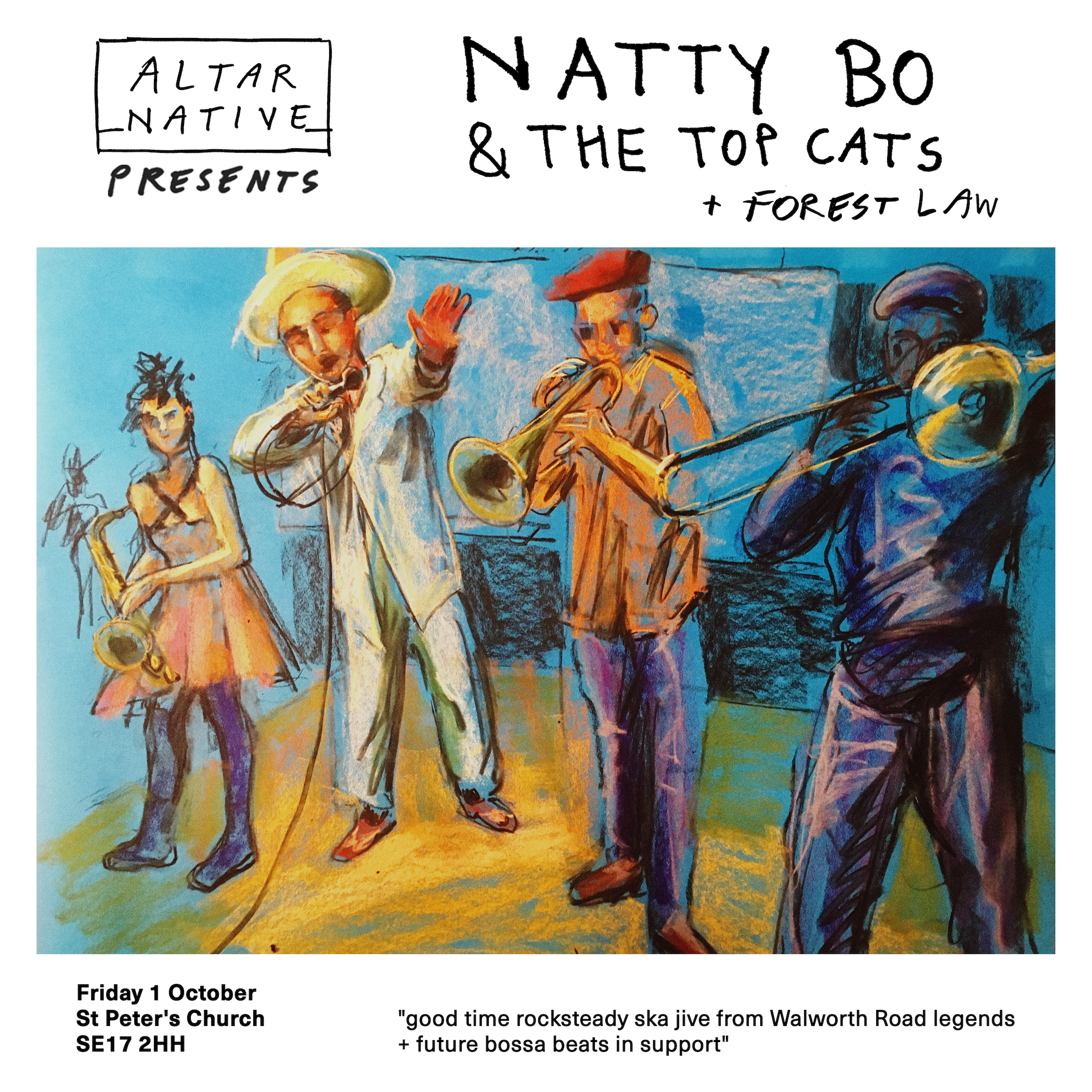